In addition to the standard College entry requirements this course also requires students to have achieved grade 5 or above in GCSE English Language and GCSE English Literature. Entry to the second year is dependent on the standard achieved in the first year.

What will I study?

Grammar and other technical tools of analysis will be taught as a means of producing various types of texts and analysing the set texts taught.

The first year involves the study of the following:

The second year will include:

• William Blake – an anthology of 15 poems

How will I study?

An English lesson is one in which ideas are shared and views about texts are thought through and discussed. We consider the contexts, purposes and audiences which shape texts. You will need to listen to others thoughtfully and be prepared to discuss your own views. You will be expected to read and write extensively, both in lessons and independently.

How is the course examined?

Students who have successfully completed English Language and Literature A-level go on to study many different disciplines at university. Students who read for English degrees similarly enter a wide number of professions, such as teaching, marketing, the media and banking. There is an increasing need in commerce, industry and the professions for people who are accomplished communicators, and the best preparation for this is the study of English.

What does the course combine well with?

We normally expect applicants to have achieved good GCSE passes in at least six subjects, these must:

• have been achieved at Grade 4/C as a minimum

• include two at Grade 5/B as a minimum

• include English Language – a minimum grade of 4/C 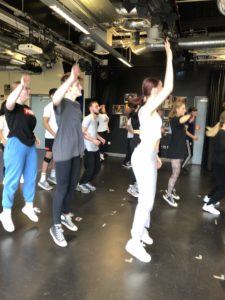 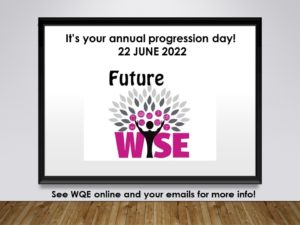 The Careers team are busy planning our annual progression day which will take place on Wednesday 22 June.   FutureWISE will be run as a face to face event for the first time since 2019 and it’s shaping up to be the biggest yet!